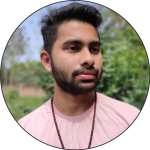 Hello and Welcome Friends. I m Krishnakant and You are reading blogs of fact11. Today we will have our discussion on the topic as mentioned Top Movies and Web-Series to learn English. So let’s get start it without wasting of time. So one more thing I would like to add is that I don’t believe in cooking up stories like After these movies and web series you will be a master of English. Learning a language is not an easier task it’s too hard and too simple as well. Everything depends upon your interest of area. You might love something else to learn. But here we will have our full discussion on the English language.

Movies and web-series are very helpful to teach us English. You might have had read others blogs and watched a lot of videos where they have recommended you go through that Movie or web-series. But, Tell me Honestly. Do you literally know the proper way or techniques to learn English through these stuffs?

So get ready today I’m going talk about the following things or I will have my discussion on these three subtopics.

1. Why should you learn English Through films?

So by the help of books, you can learn the structure or grammar only. But if you are looking for communication so I think books are not one of the best source. Then you have to stuck with movies in spite of Books. By the help of movies, you will able to know that how this word can be pronounced naturally. You don’t have to adhere to rules of grammar. You will learn modern English. And you will also the new slang words. Let us suppose when you meet someone, what you generally asks “HOW ARE YOU”? Either you had read it somewhere like in books but is it the only way to ask someone how he is?

Absolutely not, There are a lot of way to ask. You can also say like

IS EVERYTHING OKAY WITH YOU?

HOW ARE YOU HOLDING UP?

And I bet you will never ever find these stuffs in the textbooks. Because these are modern words that are merely found in textbooks.

Films are quite important to improve your communication skills. Suppose you find any word that is quite difficult to pronounce. But same word whenever you find in conversation or somewhere in dialogue then it becomes quite easy to pronounce and retain in your memory for long term.

You probably heard this phrase either in any language “Literature is a reflection of society”. Whenever you go through any western movie or web-series, so you will find the culture of that society. Let us illustrate you are watching American movie then you can look for.. How people live there? How they perform their work? After watching movies only you can get the answers of these questions.

2.The genuine technique to learn English through movies?

Select a movie that you are really interested in. Don’t watch a movie like its something task for you. Opt-out your area of interest(=Types of movie you wanna watch). For example

BIOGRAPHY  (=Movie based on someones life)

It’s not mandatory that you will get understand 100% from day one. But try to understand 70% of English. And don’t try to start search meaning of each and every words. Just enjoy the movie as a movie.

It’s personally my favourite step that I usually follow. Repeat your favourite line of dialogue in the movie. In fact, I used to write down them and tries to remember them. And after that you must have to use in your conversation or whenever you chat with someone. Therefore, you can’t figure them out in your textbook. For example,

I got completely ripped (=Someone cheated me.)

You will definitely find these phrases in movies only. You can neither find them by your mentor nor in your textbooks.

Whenever you watch any movie the first time, You should ON your subtitle in English. But once you go through the same movie kindly turn OFF the subtitle. It will help you a lot.

Now the Important part of this Article and if you are reading this along with me. So don’t wait anymore and let’s have a look at our favourite part of this article.

Also recommended for you

So, The Sound of Music is a 1965 American musical drama film produced and directed by Robert Wise, and starring Julie Andrews and Christopher Plummer, with Richard Haydn and Eleanor Parker. The film is an adaptation of the 1959 stage musical of the same name, composed by Richard Rodgers with lyrics by Oscar Hammerstein II.

Catch Me If You Can is a 2002 American biographical crime film directed and produced by Steven Spielberg from a screenplay by Jeff Nathanson. The film stars Leonardo DiCaprio and Tom Hanks, with Christopher Walken, Martin Sheen and Nathalie Baye in supporting roles.

Love Actually is a 2003 British Christmas-themed romantic comedy film written and directed by Richard Curtis. It features an ensemble cast, composed predominantly of British actors, many of whom had worked with Curtis in previous film and television projects.

Flight is a 2012 American drama film directed by Robert Zemeckis and written by John Gatins. It stars Denzel Washington as William “Whip” Whitaker Sr., an alcoholic airline pilot who miraculously crash-lands his plane after a mechanical failure, saving nearly everyone on board.

So, now we will look upon the web series.

Money Heist is a Spanish heist crime drama television series. The series traces two long-prepared heists led by the Professor (Álvaro Morte), one on the Royal Mint of Spain, and one on the Bank of Spain.

Suits is an American legal drama television series created and written by Aaron Korsh. The series premiered on USA Network on June 23, 2011, and is produced by Universal Cable Productions. The series concluded on September 25, 2019, and is now available on Prime Video.

Lost is an American drama television series that originally aired on ABC from September 22, 2004, to May 23, 2010, over six seasons, comprising a total of 121 episodes.

Narcos is an American crime drama television series created and produced by Chris Brancato, Carlo Bernard, and Doug Miro. Set and filmed in Colombia, seasons 1 and 2 are based on the story of drug kingpin Pablo Escobar, who became a billionaire through the production and distribution of cocaine.

House of Cards is an American political thriller web television series created by Beau Willimon. Therefore, It is an adaptation of the 1990 BBC miniseries of the same name and based on the 1989 novel of the same name by Michael Dobbs.

So, guys, this was the end of this article I hope you might found something new here. And let you know in the comment section if you have watched any movie or web-series. And I will welcome your opinion.

Hey, me Krishnakant Dwivedi. I love to write and share everything I have. I'm pro active in Web development. I love Internet of things. Ping me for queries.